Posted on September 10, 2014 by themanabroad

This week we are heading on from Kathmandu to Pokhara, a bit of a tourist hot spot in Nepal and for good reason!

Before going to Nepal I had done a fair amount of reading about the place, a lot of what I had read with regards to transport warned of the safety of the local buses, so it was with a little bit of trepidation that I was getting on the bus headed for my next destination.  However it must be said that the bu journey was easily the most beautiful bus journey I have ever taken. Skirting around mountains for the majority of the way, seeing the peaks shrouded in low lying clouds and then looking down to a sheer drop straight in to a fast flowing river was simply breathtaking. However some of the dodgy overtaking left the heart racing at times, and I met a fellow traveler from the UK who was an absolute nervous wreck for the full 6-8 hour journey. With the risk of land slides, travelling around August in Nepal is not the best, but needs must as the devil drives!

Upon arriving we headed straight to a hotel recommended to us by a fellow passenger called Hotel Yuriko, for 400 rupees a night it was an absolute steal! The room was clean, tidy and it offered a lovely view over some farms, for an extra 100 per night you can have a view that overlooks the lake. The family that runs this hotel were some of the nicest people I met in Nepal. Chabi, the proprietor offers advice on any kind of trip you could possibly want, sometimes working as a guide as well. Their 12 year old son was always up for a game of Chess, and their daughters gave my girlfriend and I henna tattoo’s for just the price of the henna. The home cooked food was also some of the nicest food I had in Nepal. All in all, this hotel was a hit, and I would recommend to anyone looking to visit Pokhara to go and spend there stay in that hotel!

There is plenty on offer in Pokhara, from paragliding, to hiking, boating on the lake or renting a bike to explore the outer reaches of the city. Unfortunately my budget was not sufficient enough to do the paragliding, and time did not really allow for any kind of trekking that I would be interested in doing (namely the Anna Purna base camp trail). So for us that left doing some 1 day hiking up to the peace pagoda, visiting the Devi’s fall along the way and renting a bike to explore further around the city.

Going up to the peace pagoda requires boating over the lake, which at a small cost f around 600 rupees per boat, is very little! Especially when you can find other people to pair up with and split the cost! On a good day the view is amazing, and if you are not with loud people then it is very peaceful too! The walk up to the pagoda is very easy and straightforward, we had one of the daughters from our hotel “guide” us up there, but I think that it would have been simple enough to go it alone. The way back down was a little more tricky as she led us down rarely used path, and needless to say that I ended up on my arse on more than one occasion! But it definitely appealed to my sense of adventure.

The views from here to the Devi’s fall were again, truly amazing…I feel like all I am saying in this entry is how good the scenery is, but i cannot emphasize enough on how beautiful this place really is.  According to the stories the fall is named this after some Swiss tourists came, one of which went swimming in the water and got carried away by the strong currents, never to be found again. Thus the fall was named after her. One look at the speed of the water is enough for me to know that trying to swim in it is stupid! This waterfall is aggressive, but it makes for some fun slow shutter speed photography.

If you decide to go down the route of hiring a bike or scooter for the day, you should be able to pick up a scooter for around 600 rupees a day and a bike for 800 rupees. This is something that I would definitely recommend anyone do as it offers the opportunity to see a little more than would otherwise be available.

On  a scooter I managed to easily find my way to the Pokhara old town where they were celebrating ladies day with a big parade through the street, this was a pretty interesting event to witness with lots of dancing and people wearing some very beautiful clothing. I also managed to find another part of the lake that I would never have been able to get to without a bike! So this is something that I would definitely recommend to anyone, all I would say though is to make sure you drive carefully, the roads can be a bit precarious!

All in all, Pokhara is an amazing place to visit, whether you are interested in seeing “real Nepal”, meeting other travellers, trekking or just something relaxing, I would say that this place has something for everyone! It isn’t a popular place for tourists for no reason!

The next few shots were taken from the bus, and you can see the view that we were treated to! 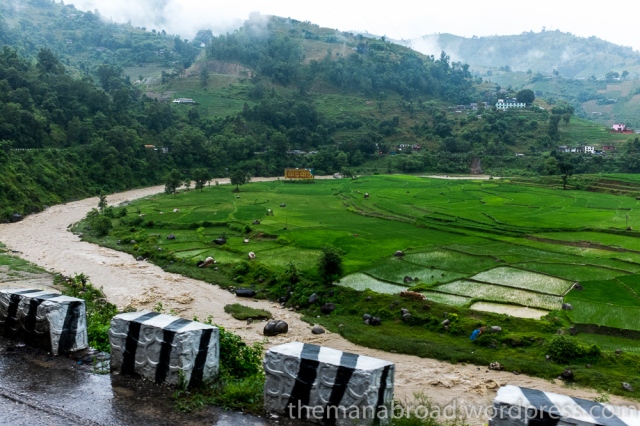 As you can see, as well as the beautiful views there were also some terrifying ones! 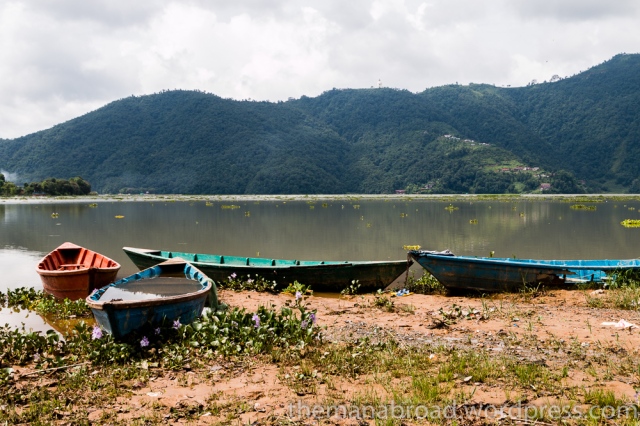 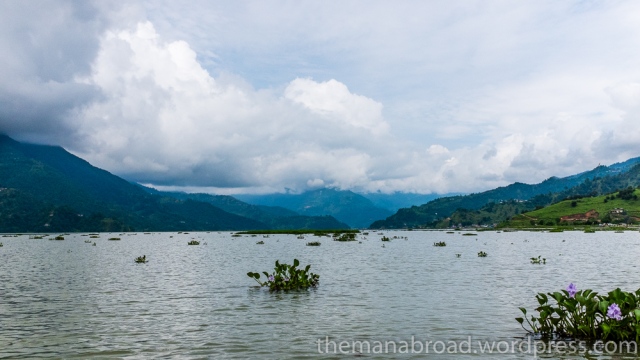 A view of the lake whilst crossing! 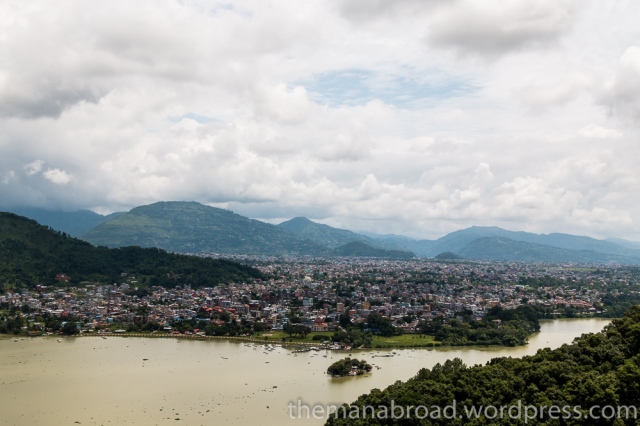 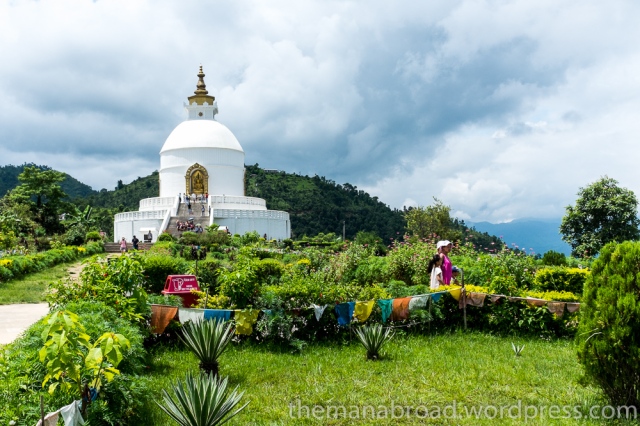 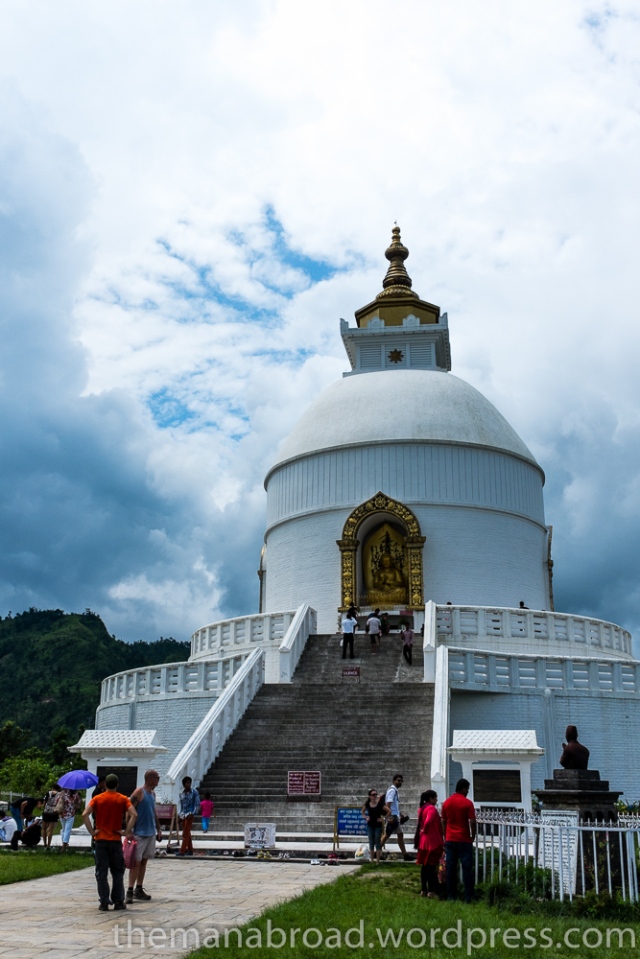 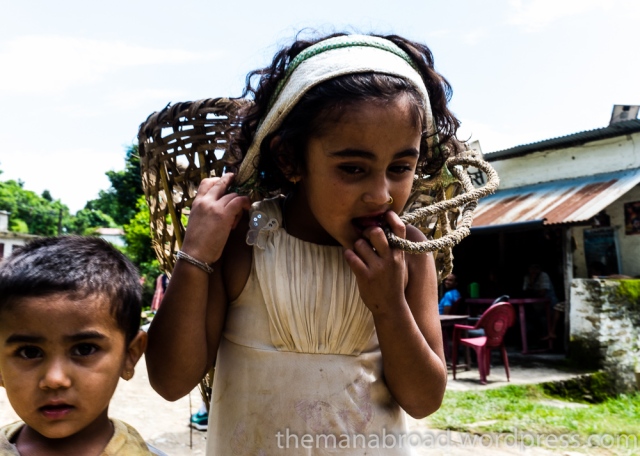 Being near the top of a small mountain gives you a much closer perspective! 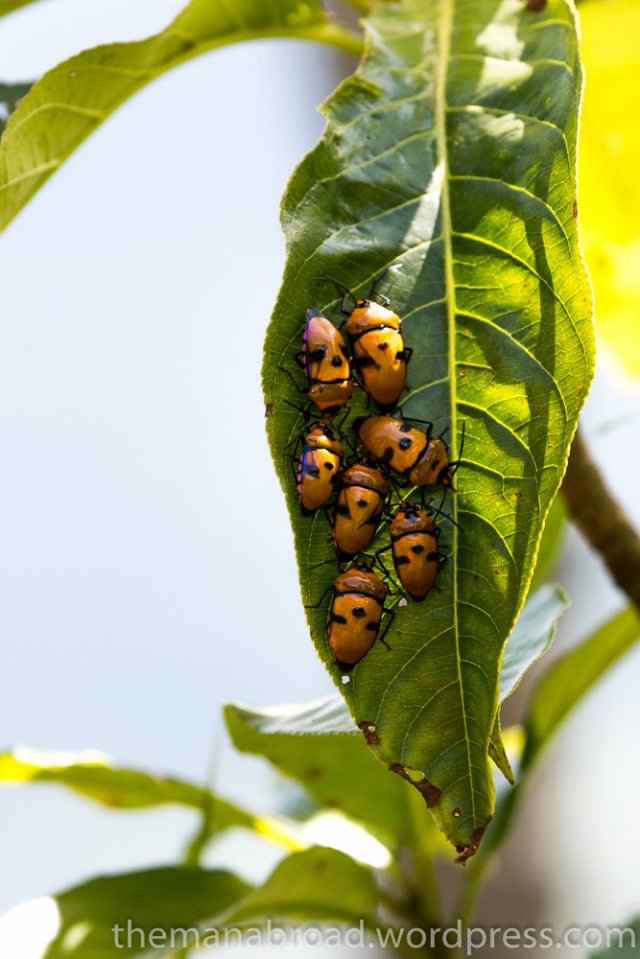 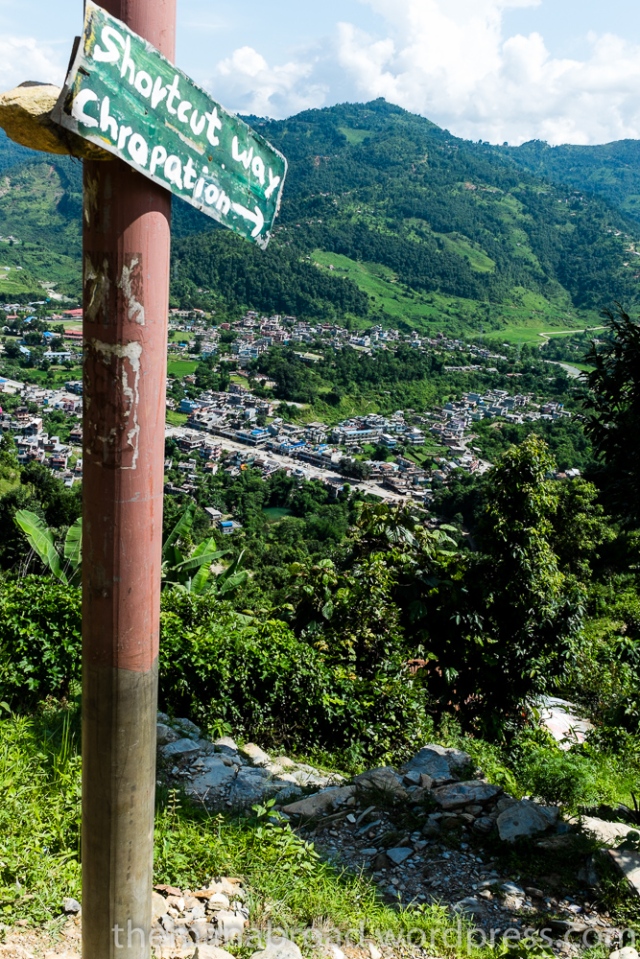 it was called a shortcut, when in actual fact it was just a sheer drop off! 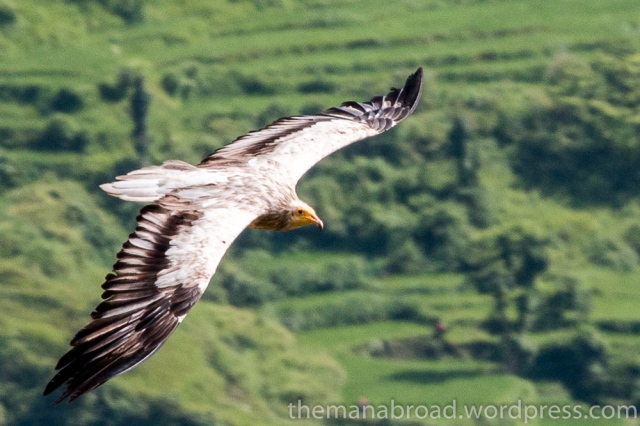 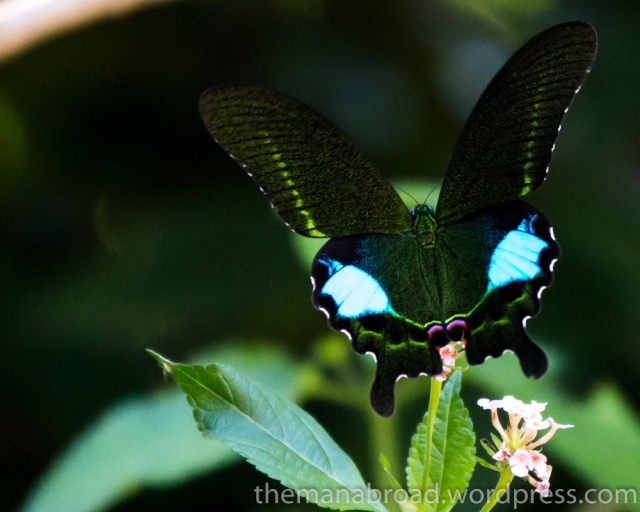 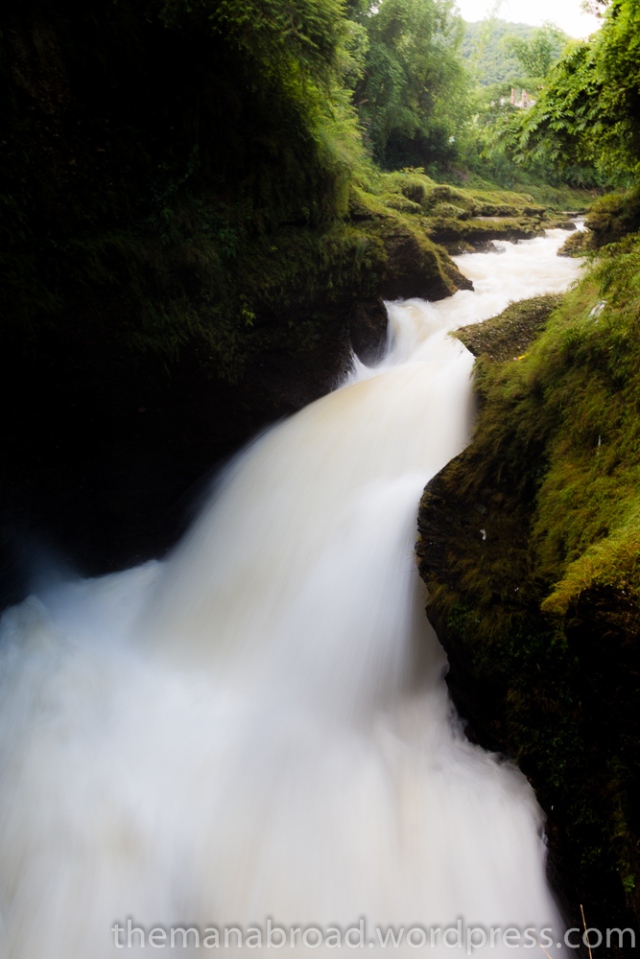 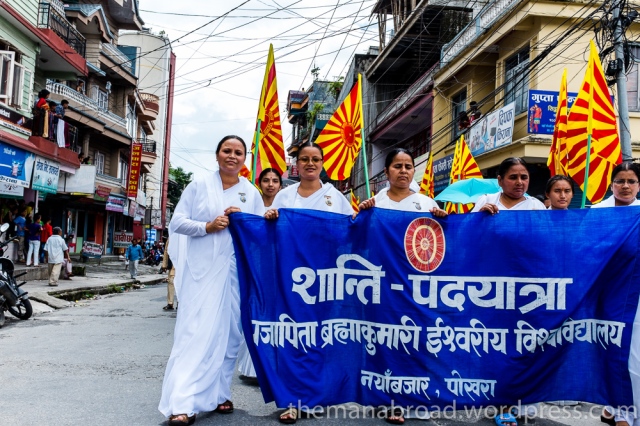 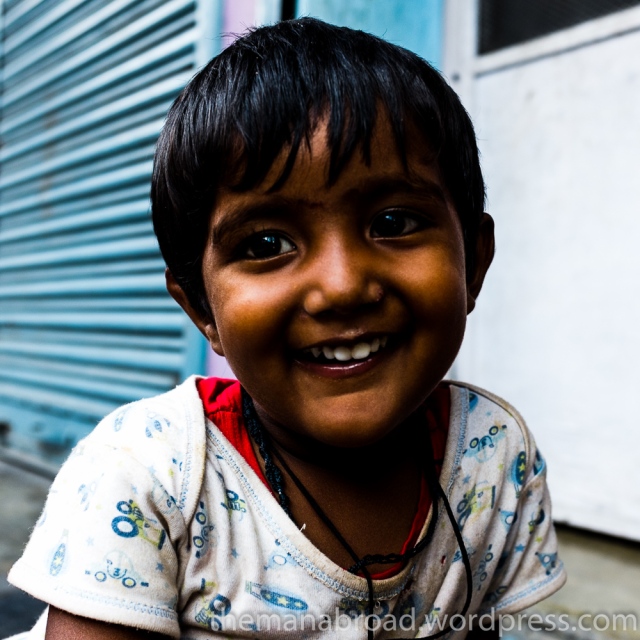 This girl was part of the parade celebrating ladies day. The way she was dancing captivated me, it was so beautiful! 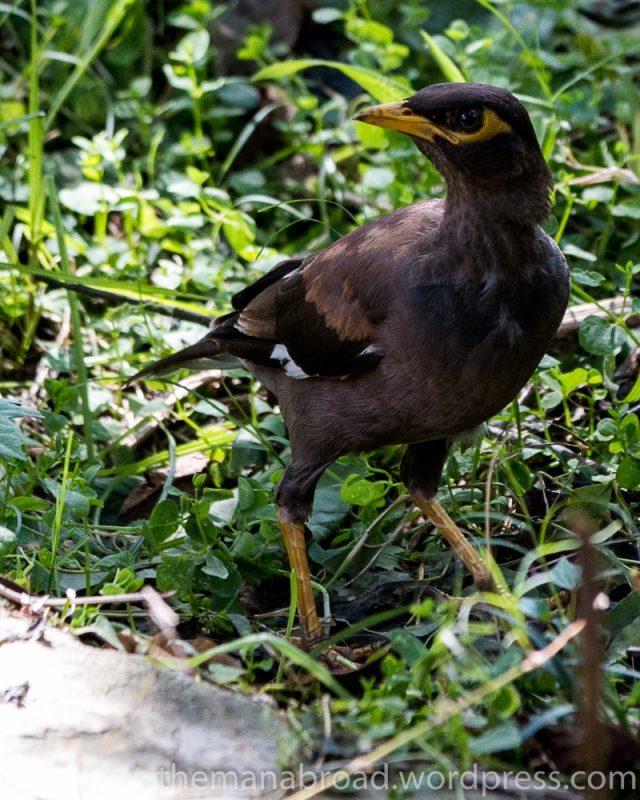 Every day spent in Pokhara was ended and started with rain, if you decide to come in August, bring an umbrella 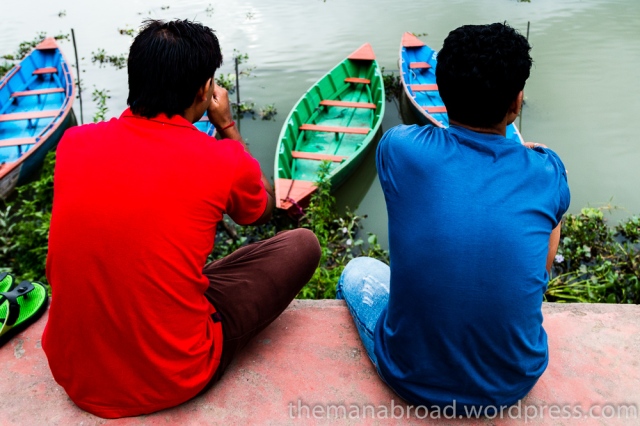 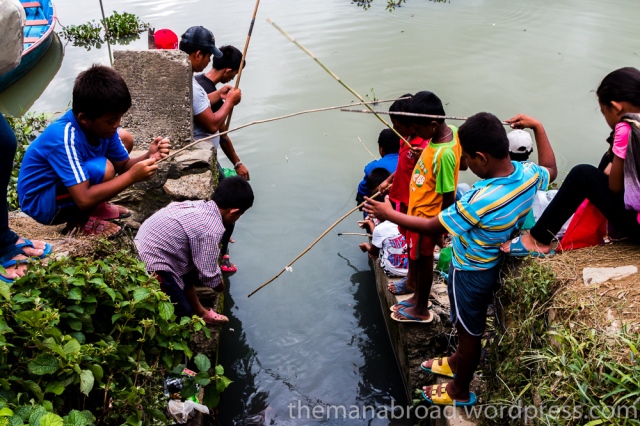 A group of children all trying to catch some little fish. It was very entertaining to watch.

My girlfriend with the hotel owner, his wife and son. Loved this family!

Well I hope you enjoyed this post about Pokhara! Next week shall be about my short stay in Chitwan National Park. This weekend I shall also be going on a short surprise trip. You shall have to wait and see where though.

So until next week…

I am themanabroad, known by my friends as James and my colleagues as Zhan Mu Si (Jaa More Suur(James in Chinese)). I have always been enthusiastic about photography and travelling, since school always trying to sign up for photography classes that always got cancelled unfortunately. However, living in China has given me the time and opportunity to combine my two loves, so please come and join me in my life in South-East Asia.
View all posts by themanabroad →
This entry was posted in Asia, Nepal, Travel Photography, Uncategorized and tagged adventure, asia, beautiful, boat, candid, curry, environment, food, Kathmandu, Nepal, pagoda, people, photograph, photography, photos, Pokhara, Scenary, themanabroad, travel, travelling. Bookmark the permalink.